“Brainology teaches kids to take ownership of their learning experience by being the one doing the work… it teaches them that doing work is a really positive thing because it’s going to help them to become smarter."

Marnie Steele is a 7th grade science teacher at Trail Ridge Middle School in Longmont, Colorado. The student demographic consists of 42.7% free and reduced lunch and 42.7% Hispanic, and there are a significant number of ELL students.

Marnie has found that many of her kids would get into a habit of always failing: they became used to doing poorly and didn’t think they would ever get better. After reading the book Mindset by Carol Dweck, Marnie wanted to incorporate the Growth Mindset into her classroom, specifically to teach her ELL students about the learning process. She was specifically interested in seeing whether it would help the ELL students to understand that by investing effort, they would become smarter and perform better in school. 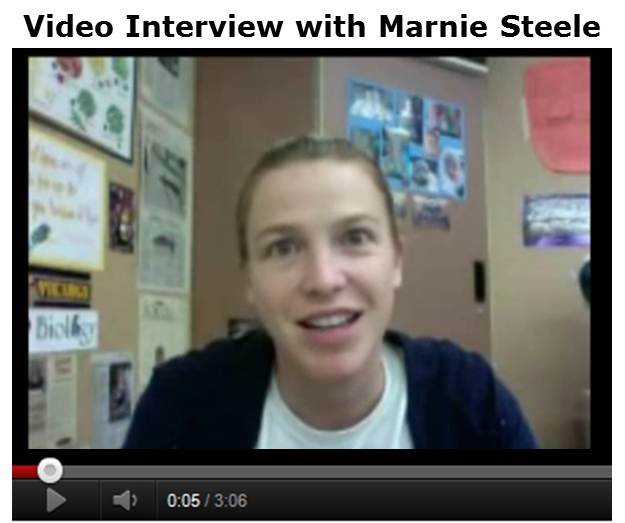 Marnie issued a series of questions to her students both before and after completion of the Brainology curriculum, to evaluate changes in both attitudes and perceptions of learning. The results illustrated significant improvements in students’ self-concept with regards to how able they were to impact their own learning experience. For instance, students were asked to what extent they agreed or disagreed with the statement, “If an assignment is hard, I’ll probably learn a lot doing it.” Prior to completing the program, more than half of the students disagreed with this statement, illustrating that perhaps they saw challenge as a threat more than an opportunity to learn. After completing Brainology, all but one of the students agreed with the statement, showing that they had begun to understand that learning takes effort.

“I believe that the harder I study, the more successful I will be in school.”

Perhaps the strongest evidence of change was in student responses to the question “I believe that I can succeed in school.” Initially, there were students who disagreed with this statement, and only one quarter of the students strongly agreed with it. Once they completed Brainology, however, every one of students agreed with the statement, with all but one strongly agreeing, that they had developed a belief in their own ability to succeed in school.

“I believe that I can succeed in school.”

According to Marnie, doing Brainology was worthwhile. The kids were excited to participate in the classes and reported being glad that they used the program. Marnie was impressed by how much more positive her kids’ attitudes became towards learning, and reported that Brainology had totally changed their mindsets towards school. The kids now believe not only in their abilities but in the likelihood that they will succeed if they put in time and effort.

It great to be involved in this Growth Mindset Professional Development Course. It is user friendly and offers so much to Educators in terms of strategies, support, and making changes at your school or in your teaching style, based on real life data.

0 Cancel Reply
It great to be involved in this Growth Mindset Professional Development Course. It is user friendly and offers so much to Educators in terms of strategies, support, and making changes at your school or in your teaching style, based on real life data.
Cancel Update Comment

Mindset in Action
A Growth Mindset Year at Lenox Academy
News
Announcement to All Brainology Users: Edition 2 of the Brainology Curriculum and Implementation Guides Available Now!
View all related posts