For the past 26 years, I have collected, hoarded, stored, and displayed every item I deemed crucial for teaching kindergarten. In this newspaper clipping from April 2012, you can get an idea of my Kindergarten Kaleidoscope.  You’ll notice action and color. My old belief was “Keep Them Busy and Keep Them Awake!” I nailed it. NAILED. IT.

I was proud of having an alphabet on every wall — in every font and every style. My students could see one without twisting their necks. In fact, the reporter wrote “…in a colorful, cluttered kindergarten classroom…the ceilings dripped with paper chains and the windows were pasted with artwork…”  I was a little proud and yet, a little insulted. Looking back, perhaps it was foreshadowing. 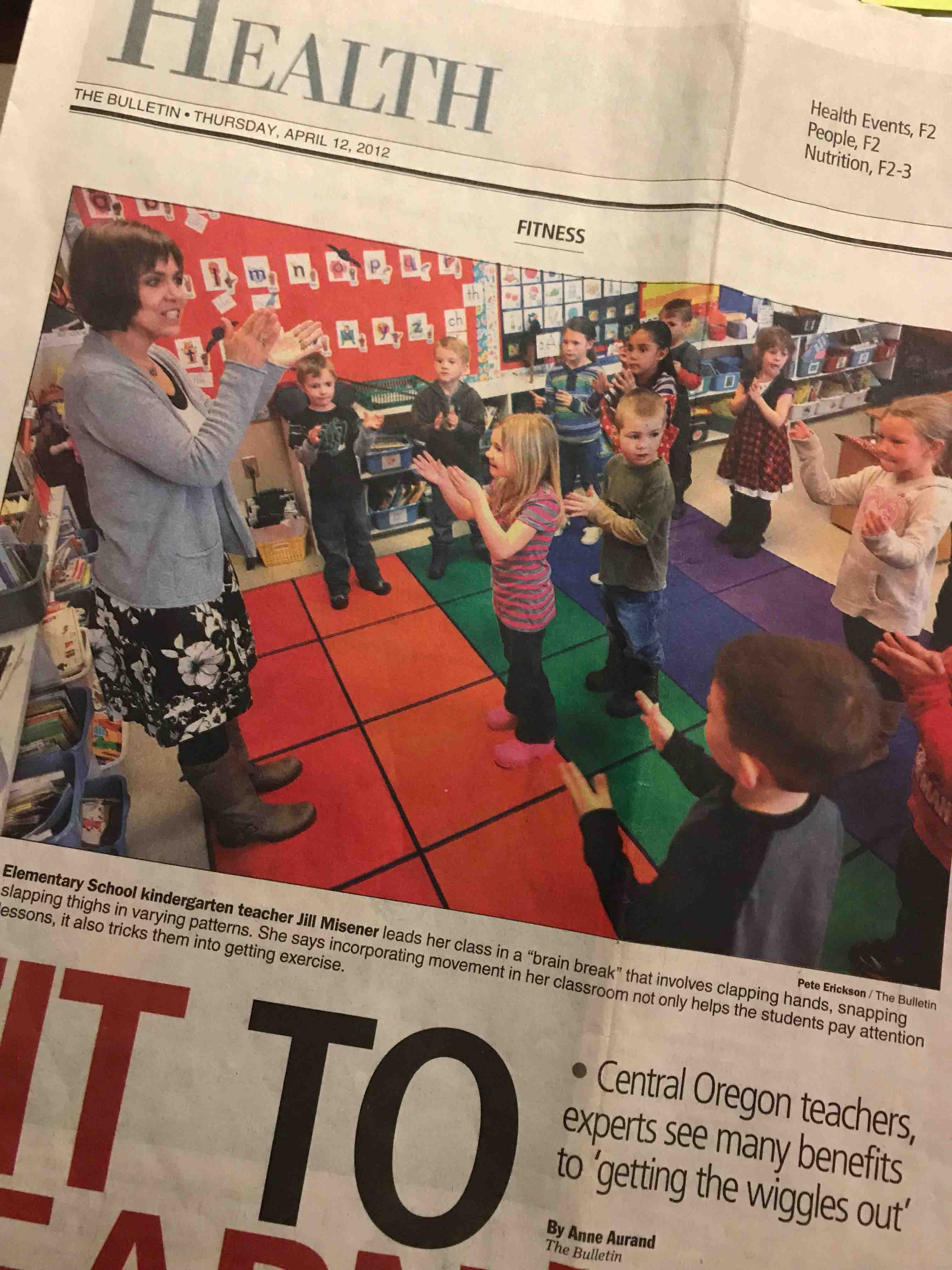 I am a teacher who actively works on being on the cutting edge with best practices and how to effectively implement them. However, about the time Carol Dweck’s Mindset was all the rage, my personal life exploded.  I curled up into my classroom and taught from habit and repetition.  My mind was not on learning new techniques or research, but just surviving. I learned a tremendous amount about myself during that time, even though I didn’t attend one PD meeting, open one professional book, or even think about an online course.  My focus was on my family and healing. Just breathing was enough.

Eventually life settled down, and when I was feeling mostly whole, I began to long for learning again. It was only when I became a member of our district’s KID (Kindergarten Innovation and Design) team, in the spring of 2017, did I hear about GEM (Growing Early Mindsets). Dr. Kendra Coates was the speaker. My Kindergarten Kaleidoscope philosophy was shattered. I thought, “What is she talking about? Declutter my room?  Find time for play? Prefrontal Cortex? Amygdala? Say what?! Does my district know about this?! Where have I been?”

It was then that I realized I had to catch up, read Mindset, and immerse myself into the GEM framework. I began to teach in a different way, and a whole new, fascinating world opened up before my eyes.  I discovered research about how the brain learns and why kids should know about their brains.  Just as I couldn’t take on any learning when my life was in trauma, I learned students couldn’t either. I also knew how that felt and what to do about it.

Teaching through GEM has changed my life in so many positive ways, both personally and professionally. My focus has really changed from what I’m supposed to be teaching to how the kids are going to be learning. It’s less about teacher control, and more about student empowerment. It’s not just getting kids to do what they’re told; it’s more like teaching them how to become good people.

Finally, obviously, my classroom had to be reworked.  I discovered that it’s hard to pay attention to your teacher and focus on learning when the Las Vegas strip is painted across the walls of the classroom.  I said goodbye to the Kindergarten Kaleidoscope and adopted a calming, neutral tone. We have table lamps, neutral colors, plants, cozy corners, and calming music that creates a relaxing atmosphere that is best for learning. I love my calming space.  You can see peace behind us, and that is powerful. Powerfully awesome!

Jill Anglin is a life-long learner who loves to read.   She is a mom, wife, daughter, sister, aunt, friend and teacher.  Jill has been a teacher in public education since 1992-1993. She began teaching in a middle school and worked her way to kindergarten where she’s spent the last twelve years. In the summers, she can be found learning with two year olds.  Recently, Jill has been learning how to support students with dyslexia and continuing to develop her classroom routines through GEM. You can follow her on Twitter @JillyRaye.