Why Is It That Some People Don’t Tend to Change?

It is really exciting to learn about the concept of a growth mindset at first; it makes so much sense! "Yes! When we believe we can improve, we take action to do so, and we get smarter - we change. It's so simple!"

Except it isn't. At some point, we find ourselves thinking, but wait a minute. If it's this simple, why is it that I know so many people who do not change at all? And how come, even when we share growth mindset concepts with some people, it does not seem to make any difference? What is going on here?

It might be easy at that point to blame the fixed mindset, label the person and move on. But that doesn't have to be our choice, and it certainly isn't tapping into our own growth mindsets to take that tact.

There are good reasons why many people are not changing much. Here are four reasons that I've learned about. Later I will share what these look like and what can be done about it.

First, a story about a student: "Carlo" was in one of my Brainology classes in 2012. He was always falling asleep in class in this 5th period course. Since we were doing Brainology lessons, we were able to have reflective conversations about his nutrition and sleep habits and how they played a role in his brain and learning. I was asking him, "Why are you falling asleep? Let's figure this out. When do you go to bed each night, tell me about your routine. When do you get up?" He was getting 8-9 hours of sleep every night according to his report. I couldn't figure it out. He said, "Mrs. Diehl, I'm just a lazy person." He kept saying it.

I was shaking my head, "No, Carlo. No one is "just a lazy person" plus, even if you were, that would not cause you to lose consciousness every day!" Then I asked, "what are you eating?"

Well there was the problem. When he did eat, he ate little to no protein, and he tended to go long periods of time with no food and then overeat. His body was crashing and that might be what was putting him to sleep in the afternoons.

But equally concerning to me was that he defined himself as "just a lazy person" rather than thinking about how his choices affected his life. He had relinquished control of his life to something that he just thought was predetermined. There was no understanding that the effort he might put into building a new habit would help him change.

Carlo is but one example of something that plays out with so many people. Basically our choices are getting us a poor result. Rather than make a better choice, we don't see the connection and instead we blame ourselves, our brains, who we are for this bad result. We let it define us.

But it doesn't have to. Luckily, Carlo was in my Brainology class, so I had the tools, strategies and language to help him. I could use my influence to help him create a new reality. I can't change him, but I can help him understand how to change himself and motivate him to do so.

They Don't Know They Can

Most folks really don't know for sure that they can indeed make changes in their habits, skills and intelligence. When we try, fail and don't experience change, we can begin to see those qualities as fixed. But when we are reminded that with time, effective practice and persistence, we all can make great change in ourselves our entire lives, we are more likely to take action toward change.

You can tell someone is in a fixed state when they say "I am just (a type of person)" or "I am just (not good at ___)." Someone who lets a label define who they are rather than saying, "I don't have this yet" or "That's new/next for me."

People can find ways to remind themselves that change is within their grasp. Twitter is a great way to stay connected to the growth mindset community. Follow @Brainology or @MindsetWorks or other mindset thought leaders like @Larryferlazzo or @GrowthMindset1. You can also read a little about how the brain grows or watch a video like this one to remind yourself how it's all about building those neural connections - you can do it!

They Don't Know How

When people do not know how to learn, they can get frustrated. Rather than use strategies or tools to change their approach, they stare at things longer, they look for shortcuts, they give up. But we can do a better job of teaching how to learn. Trevor Ragan at Train Ugly has many high-energy, motivating videos about this topic, his most recent one being: Unleashing the Learning Machine. At Mindset Works, we have a poster that captures some of the things we know about learning and that students learn in our programs. It is so exciting to learn new moves that we can make to improve!

There are some thought leaders in this work that I invite you to explore. Read books about brain-based techniques for learning and use strategies from people like David Rock (Your Brain at Work), Benedict Carey (How We Learn) or Daniel Coyle (The Talent Code), and go to Charles Duhigg's site about building new habits. You can read about the science of learning in Make it Stick. Being informed about what effective learning strategies are vs. ineffective ones can really change the learning game for you and yours!

I may know that I could learn to skydive but I don't want to. It would not be effective for me to try to learn everything that I think I COULD learn, because I believe that a helpful life strategy is to focus on the things that I deem most important. In the same way, any learner must feel that the subject or competency at hand is worth learning in order to most deeply and effectively engage with it.

We can actively help make connections to the relevance of subjects or competencies. We can help learners ask brainstorm questions to engage curiosity, put the material in a context that is relevant to learners' lives, engage learners in reflections about how learning this could be useful, and have them explain those connections to others.

They Don't Know They Are Worth It

This one can be heartbreaking especially when it's family, students...people we care deeply about. Sometimes people just don't think that it's worth it to them. They do not see themselves as worth the trouble of improving. They have internalized messages from outside or within that say, "Not you." And they won't engage. While you cannot change another person, and you can't own their choices or behaviors, in education at least we can try to have influence, and we can work to improve our ability to do so. Remind young people that they are indeed worth the extra work. That yes, things might be harder (or have the appearance of being harder) for them, but still that does not mean that they aren't just as deserving of good things, greatness, success as the person next to them. They are worth it.

Finally, and separately there is another condition...people who just don't want to do the work. Self- 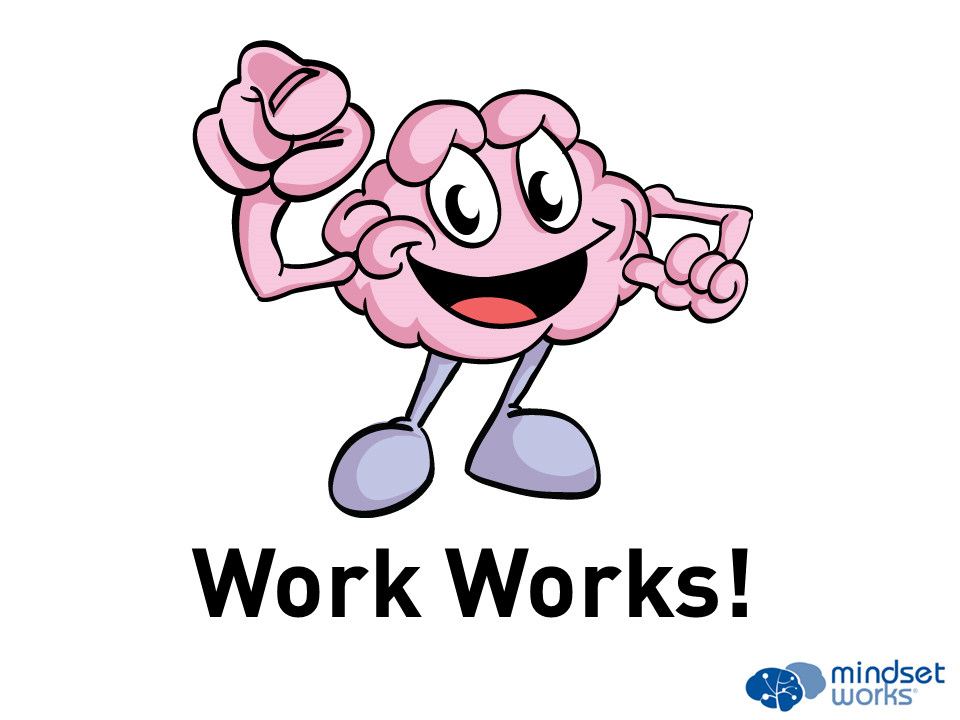 improvement is yet another place where we may try and fail. It is also a place that has some stigma attached to it. If we want to create a growth minded community and culture for our students, for other adults, and for ourselves, we have to eliminate the shame associated with self-improvement. One way to do that, is by being brave enough to go first! Set some goals, take some risks, learn out loud, and share with others.

What do you think? What have you learned about what helps people change either for yourself or in influencing someone else? Share below!

Emily Diehl is Director of Professional Learning for Mindset Works.  She works with K-12 educators, school leaders, and parents in helping to develop agency and life-long learning.  She has contributed many lessons and experience to Mindset Works’ programs.  You can reach her on Twitter @EmilyADiehl

Ironically, I was talking with my wife about something very similar today at lunch. I asked her if she wanted me to pour her some water to drink. (Background, she never drinks water, but I do for nearly every meal.)

She said, "No. You know I don't like the taste of water."

She replied, "See, that's the difference between you and me. If I don't want to do it, I won't, even if it is good for me."

0 Cancel Reply
Ironically, I was talking with my wife about something very similar today at lunch. I asked her if she wanted me to pour her some water to drink. (Background, she never drinks water, but I do for nearly every meal.) She said, "No. You know I don't like the taste of water." I said, "Neither do I!" She replied, "See, that's the difference between you and me. If I don't want to do it, I won't, even if it is good for me." How many of our students have the same thoughts? Fortunately, I've found that many people have a fixed mindset about some aspects of their life, but a growth mindset about other aspects. If only we can get the growth mindset to expand to more areas of their life.
Cancel Update Comment

A great read. Lately I have found myself wondering how many teachers are dropping the ball when it comes to growth mindset, relying on positive encouragement for the students to work hard and almost abandoning their role in the process. The point about students 'deeming' the information or the knowledge useful is so important. I feel many teachers are forgetting to plan and provide interesting, knowledge and skills based learning experiences that students will enjoy being a part of, get excited over and engage with. It is still our job, as educators, to show learners why the knowledge, skills and thought processes are valuable, and then to encourage them to work hard to achieve all they can.

0 Cancel Reply
A great read. Lately I have found myself wondering how many teachers are dropping the ball when it comes to growth mindset, relying on positive encouragement for the students to work hard and almost abandoning their role in the process. The point about students 'deeming' the information or the knowledge useful is so important. I feel many teachers are forgetting to plan and provide interesting, knowledge and skills based learning experiences that students will enjoy being a part of, get excited over and engage with. It is still our job, as educators, to show learners why the knowledge, skills and thought processes are valuable, and then to encourage them to work hard to achieve all they can.
Cancel Update Comment