The Most Spectacular Failure 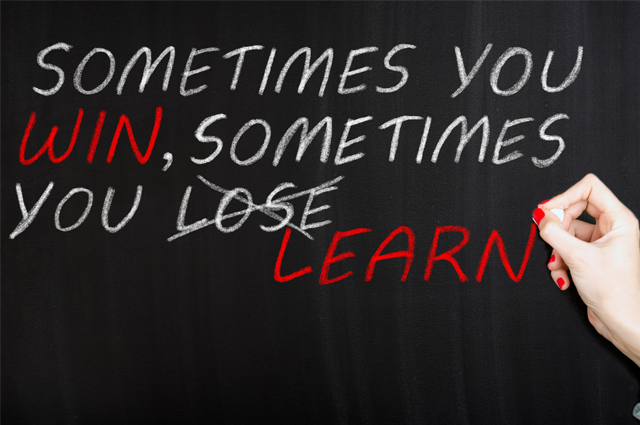 My team and I worked tirelessly for three days to create an online middle school math lesson that would engage kids and excite them about math. At the end of three days, our lesson would be judged by real live students against lessons created by other teams. When it came time to present our lesson to the kids, we were nervous but excited. We had worked well as a team, really bonded over the past three days, and were proud of what we had created. Ten teams presented their ideas, and they were all fantastic! I felt gratified to work with people who put so much effort into writing creative and engaging online lessons. At the awards ceremony, we were sad to see we hadn't won first place, but still proud of our efforts. We knew we had a lesson that would engage kids in math, and felt we had put our best ideas to good use. Until the next, "surprise" award was announced. You can imagine our shock, dismay, and embarrassment when we heard our group called as winners of "The Worst Idea" award, and were then called to stand in front of our colleagues and accept the award. What an epic failure! How does one recover from such a humiliating setback?

Recent comment in this post
Eduardo Briceño
Thank you Janna for sharing your challenges, mistakes, failures, and reflections. Thank you for being a role model learner and ins... Read More
Monday, 02 February 2015 01:09
20050 Hits
1 Comment

Mistakes Are Not All Created Equal 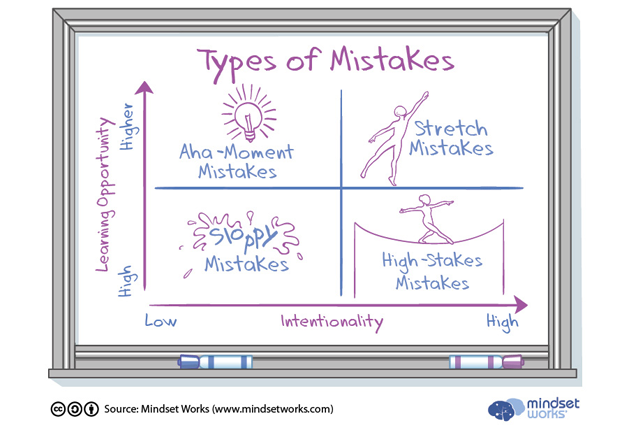 A growth mindset about mistakes

We can deepen our own and our students' understanding of mistakes, which are not all created equal, and are not always desirable. After all, our ability to manage and learn from mistakes is not fixed. We can improve it.

If This Is Wrong, I Don't Want To Be Right 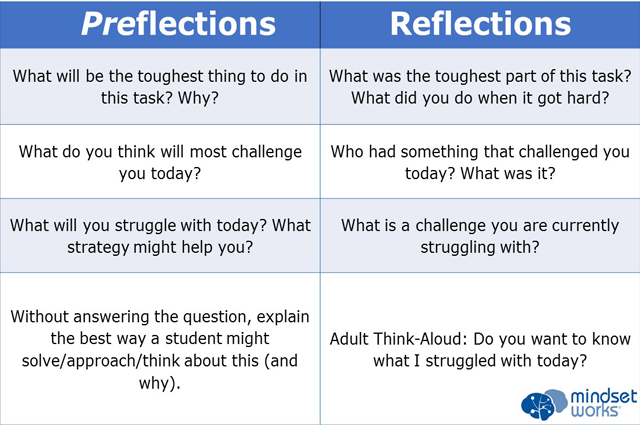 Just Tell Me What To Do

One of the most frustrating classroom experiences occurs when students disengage from learning because they're scared to be wrong. As a teacher, I met many students who wanted someone to just give them the answer and now with my own children, I see it again. In many schools, students will sit and wait for the answer, whether that answer comes from another student or from the teacher. And if that answer doesn't come, many are unwilling to look for one themselves. Students often feel that the quest is only for the "right" answer, and they are more willing to wait and copy it down than to risk the possibility of putting in the work only to find out that it was wrong. Unfortunately, this perspective oftentimes generates surface learning, not deep learning. It can interfere with a student's entire notion of what learning is, causing them to think that school is a place to complete work, rather than grow one's mind.

Recent Comments
Brian Hanselman
Very interesting article. There is definitely a difference between the compliant learner and the engaged learner. Although they ca... Read More
Saturday, 03 January 2015 16:18
Lauren Mezzino
I think students are afraid to take risk because they are afraid to fail. I have several quotes on my office door that pertain to ... Read More
Monday, 26 January 2015 22:39
gillian smith
* oh my gosh yes the class size makes a huge difference. I have begun to employ "student teachers". giving their peers an opport... Read More
Tuesday, 13 January 2015 16:40
33252 Hits
9 Comments